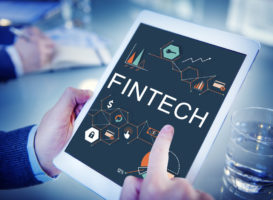 These are challenging times for the incumbent heavyweights of the financial services sector. Beset by regulatory, governance, technological, capital, and investment issues, they are increasingly facing competition for business from a whole host of new players, primarily from ‘FinTechs’.

In the case of online lenders, this trend began in the UK in the mid-2000s when Zopa, the world’s first digital and now Europe’s largest peer-to-peer (now called marketplace) provider, launched, quickly followed by the likes of Prosper, Lending Club, and OnDeck in the US.

Eleven years on, Zopa has lent around 1.8 billion pounds to more than 150,000 borrowers funded by 63,000 investors of whom 53,000 are said to be active participants into its lending marketplace.

The US players have had a similar impact on the US home market by exploiting a sector of the financial system not previously well-served by the banks. Prosper, for example, has originated $US7 billion of funded loans while Lending Club, now the world’s largest marketplace lender, has provided in excess of $US20 billion in finance for personal and business loans.

This growth hasn’t been without problems. Lending Club has been hit by internal governance and management troubles over the past few months, while Prosper and OnDeck have had to curtail their operations amid concerns about the state of the US consumer credit market.

But what all of these new-style lenders have shown over time is that there is a demand from consumers, previously wedded to their banks as their primary financial provider, for the new generation products they offer.

These companies have enjoyed relative success by targeting particular segments of the consumer finance market where the speed of their digital service, offers of better customer experiences and, in the majority of cases, lower interest rates have left traditional lenders unable to keep pace. And just last week, Lending Club announced it was moving into re-financing car loans to exploit that sector.

Developments such as these have prompted different responses from established players and led to questions from boards, analysts, and investors as to whether banks should compete head-on or collaborate with these upstarts to protect their existing markets.

Fighting digital entrants on their own turf

A competitive response requires legacy companies to fight on the terms that gave rise to the FinTechs in the first place. Take, for example, the launch last month of Marcus, an online small consumer loans platform from Goldman Sachs in the US designed to take advantage of a market grown by Lending Club and Prosper.

Collaboration between the old institutions and the FinTechs varies, from taking part as shareholders or providers of seed capital to becoming loan funders and referrers of customers who the banks, for instance, can’t or won’t serve.

Source: Banks team up with their FinTech competitors – Cuffelinks