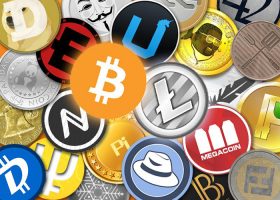 The cryptocurrency sector has seen massive gains in the past few weeks. Almost every single altcoin has increased in value in one way or another this month. According to coinmarketcap, the overall market cap surpassed $77 billion. To put that in perspective, crypto is valued more than some of the world’s most successful startups such as Uber and Airbnb.

It seems that cryptocurrency is becoming the next hot topic among investors and technology enthusiasts alike. With the price premium rising as high as 5-10% in Asian countries, it is evident the demand is there. While it was just Bitcoin that was exhibiting an amazing price rally, soon after the alts joined in.

Cryptocurrencies such as Ripple, New Economy Movement, Litecoin, Ethereum, Digibytes, and Bytecoin are just some of the few coins that doubled in price or more in recent weeks. What is causing this insane buy volume?

While Japan’s adoption is an obvious influence, there are other factors in play. For example, Ripple’s team recently announced the lock up of a massive amount of coins for a number of years, effectively instilling confidence in traders. Litecoin has successfully activated SegWit, gaining the confidence of many traders supporting this software. Ethereum has secured some huge clients such as Toyota, Deloitte, and much more which caused the price to explode and touch nearly $200 per coin.

The fact that multibillion dollar companies are working with the cryptocurrency sector just adds to the ecosystem’s reputation and proves it has value. Combine that with the recent political turmoils around the world, and crypto seems like a no-brainer.

Furthermore, it is much easier for the average Joe to invest in crypto and give it a try.