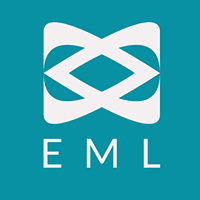 AUSTRALIA is likely to be a cashless society within a decade as “tap-and-pay” technology becomes commonplace, according to Brisbane-based EML Payments.

The payment services provider is riding a wave of global demand for debit, prepaid and loyalty cards, providing transactions worth $2.5 billion for major Australian and global brands including the Good Guys, Toyota, Ladbrokes, Shell and Sprint.

“Australia has one of the highest adoptions of tap- and-pay in the world, accounting for 75 per cent of transactions,” EML Payments chief executive Tom Cregan said. “In the US, it is only about 10 per cent.”

Mr Cregan said the move to a cashless society in Australia had been pushed by the big banks, which saw the advantage of a system that reduced fraud and was more efficient.

“In the US, there are thousands of banks, which makes it harder to push such things,” Mr Cregan said.

He said the low uptake of tap-and-pay in the US meant big opportunities for companies such as EML Payments. Cheques are still commonly used by companies in North America for general payments but that is expected to change over the next few years.

The ASX-listed company, formerly known as Adept Solutions, has seen its market capitalisation grow from $10 million in 2012 to $432 million as it acquired operations overseas and lifted revenue. It now has more than 850 card and payment programs with 7.3 million cards.

Earlier this year it expanded into the US and Canada with the $35 million acquisition of Store Financial Services. Mr Cregan said the company’s latest deal was to provide a loyalty card program for US gaming giant Caesars Entertainment.