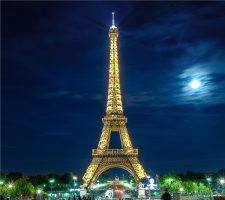 The Vice-President of the Paris Region begins a two-day visit to London on Monday as French officials continue their aggressive courting of British businesses affected by Brexit.

Othman Nasrou, Vice-President of the Paris Region in charge of international affairs and tourism, is visiting London on Monday and Tuesday to meet a selection of finance and fintech companies. Nasrou will pitch the companies on the attraction of Paris as a location for finance firms post-Brexit.

Nasrou’s visit is part of an aggressive bid by French officials from both local and central government to lure businesses away from Britain in the wake of Brexit.

The UK’s exit from the European Union is seen as an opportunity to attract business as Brexit will likely involve the loss of passporting rights that allow companies to sell goods and services across the EU from a UK base. This could force many companies, particularly those in finance and professional services, to set up licensed subsidiaries in other European countries.

Senior lobbyists and politicians from Paris mounted a similar charm offensive to Nasrou in February. Officials visiting London then told journalists they expect to attract as many as 10,000 jobs to France as a result of Brexit.

France’s finance regulator has also put in place expedited licensing processes to make it easier and quicker for British firms to set up across the Channel.

France’s digital minister is trying to woo British fintech and tech firms and French Presidential favourite Emmanuel Macron even used a visit to meet Prime Minister Theresa May last month as an excuse to stump for business. Macron told reporters: “I will have a series of initiatives to get talented people in research and lots of fields working here to come to France … I want banks, talents, researchers, academics and so on.”

Vista to acquire D+H for fintech merger with Misys