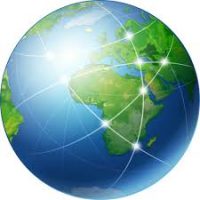 Global VC investment for FinTech in H1 2017 attracted $6.5 billion of VC investment with 787 deals, a 45% decrease year on year, according to statistics compiled through Pitchbook by Innovate Finance, the not-for-profit membership association for global FinTech.

While total global investment dropped, UK VC investment for FinTech firms increased by 37% to $564 million, despite Brexit and the future uncertainty between European markets and the UK’s financial services sector. Both Q1 17 and Q2 17 were higher than Q1 16 and Q2 16 by 45% and 22% respectively.

The US attracted the most investment both in deal value, which topped $3.3 billion, and deal volume, with 357 investments in total. Overall, the US experienced a 7.7% increase on H1 2016 deal value, but an 18.5% decrease in deal volume. Last year this quarter, the US secured 438 deals.

China, which raised the largest amount of VC investment in 2016, dropped to second place with $1 billion of investment compared with $7.0 billion in H1 2016, a 86% decrease YoY.

The top three global FinTech deals came from the US and China, with American firm SoFi raising the largest round globally at $453 million. Chinese companies AvidXchange and E-Life Financial came second and third, raising $300 million and $275 million respectively.

The UK attracted 102 deals this quarter, the highest volume outside the US, and remained third place behind the US and China in terms of total FinTech investment. Of the top 20 global deals, two companies were from the UK — Atom Bank, which secured $102 million in funding, and Funding Circle, which raised $101 million.

Search for 2017 Fintech 100 innovators kicks off