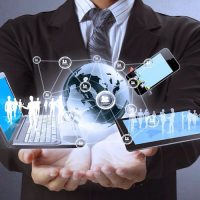 Back then there was choice, but little to differentiate where you banked your savings, held a credit card or conducted business affairs. We accepted, like we do with energy suppliers, that our banking provider could pretty much dictate terms and we wouldn’t be able to do much about it.

Now, in 2017, open up a random person’s wallet and you might be greeted with a card linked to one of the many digital challenger banks – or fellow new entrants like Handelsbanken or Metro Bank.

The proliferation of mobile devices has created an opportunity for entrepreneurs to build complex and customer-focused finance platforms. Putting service at the forefront, rather than investment banking, these new market entrants are fast attracting interest and new customers.

The four biggest are Monzo, Atom Bank, Tandem and Starling – all financial technology businesses set up after 2012 and based in London. In an effort to drive awareness and promote a unique approach to personal finance, each have been charged with equity investment capital. And a number of deals at the beginning of 2017 have gone to show how much is being injected into these disruptive forces.

Together, the four have now raised around £330m from a variety of sources, including angel investors, venture capital firms, retailers such as House of Fraser and even incumbent banks like Banco Bilbao Vizcaya Argentaria.

Each extol the value of a mobile-first approach to banking, putting the power literally into the hands of consumers and letting them have a better control over finances. To contextualise how developed the digital challenger banks are, we’ve pulled together some funding and user statistics.