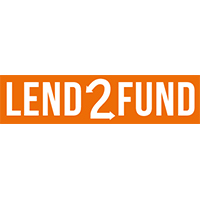 One of the10 fintech start-ups that joined a UK Trade & Investment delegation to London last month has decided to relocate there, suggesting governments and regulators need to lift their game to keep entrepreneurial talent in Australia. Lend2Fund, a marketplace lender for commercial property deals, says Britain’s financial regulator, the Financial Conduct Authority, is more transparent and collaborative than the Australian Securities and Investments Commission. It also says UK financial services licensing is more accommodating towards Lend2Fund’s business model, which creates a digital marketplace to offer commercial property loans to professional investors with debentures.

The move also reflects better opportunities for seed funding in the UK, where the Conservative government led by Prime Minister David Cameron has introduced upfront tax rebates for angel investors to build deeper pools of capital, Lend2Fund says, and will allow it to be closer to the head offices of global investment banks wanting to use the platform to take commercial property assets off their books and activate commercial-mortgage-backed security deals.

“Australia’s fintech scene is about five to seven years behind the UK and seriously needs to play catch-up; there is simply more enthusiasm and appetite in London to trial the new wave of financial technology appearing on the scene,” said Lend2Fund co-founder Paul Missio, who used to work at Macquarie Group and Westpac.

“Australia can’t match the powerhouse of London for a fintech company that has global ambitions. The UK nurtures fintech for global scale but we aren’t seeing a cohesive ‘global’ vision in Australia.