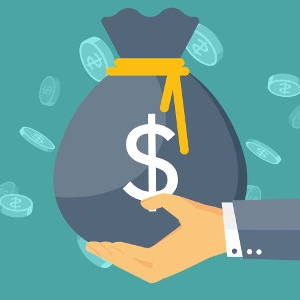 LHV UK (or the ‘Company’), a leading banking services provider to over 200 fintech and crypto companies which is in the process of applying for a UK banking licence, announce that its parent company, LHV Group, has successfully raised €35 million (£30m) via an oversubscribed rights issue (the ‘Fundraise’). A portion of the proceeds of the Fundraise will be used to capitalise the new UK bank, which is a key step in the banking licence application process. LHV Group is listed on the Nasdaq Baltic and is the largest domestic financial group in Estonia.

LHV UK currently operates across its offices in London, Leeds, where the Company officially opened a new hub in May 2022 and Tallinn. The Company is pursuing a UK banking licence as part of LHV Group’s plans to separate the business operations of its retail bank, LHV Bank, from those of the London headquartered fintech focussed LHV UK – since 2018, the Company has operated in the UK as LHV Bank’s UK branch. This move will simplify compliance with regulatory and supervisory requirements and enable LHV UK to highlight its value proposition and the profitability of its operations to new investors.

Madis Toomsalu, CEO of LHV Group, commented, “Confidence in LHV’s plans and activities is strong as our offering was oversubscribed 1.75 times. It is gratifying that the Fundraise turned out to be attractive to existing and new investors, despite the subscription period taking place during a tense geopolitical environment and against the background of declining stock markets. I want to thank investors for their trust – this is a great result that will allow us to capitalise the new bank that we are looking to establish in the UK.”

Erki Kilu, CEO of LHV UK, commented, “The funds raised are a key step in the UK banking licence application process. In tandem with this ongoing process, we continue to scale up LHV UK’s operations. We’re currently hiring vigorously for our open positions across London, Leeds and Tallinn and continue to develop new client-facing products.”

Further details on the LHV Group Fundraise
LHV Group raised a total of €43.6 million via the issue of new ordinary shares of €1 nominal value to investors at a subscription price of €36 per new share. With 11,694 investors participating in the new share issue, the Fundraise was 1.75 times oversubscribed. As a result, the Supervisory Board of LHV Group exercised its right to increase the size of the offering to the maximum allowable extent.

Railsbank becomes Railsr, sets sights on owning the financial layer of the Internet