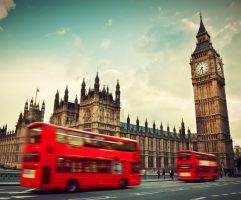 The cryptocurrency technology is known for its ease-of-access, transparency, and decentralization. These very features also bring in accountability, which is much needed in today’s social good sector. The use of Bitcoin in the non-profit industry sector has already shown promising results, enabling people to donate to the needy, in a timely manner irrespective of the location.

The recently concluded London Blockchain Week 2017 showcased the cryptocurrency and distributed ledger technology in a different light. There is a popular misconception among many that Bitcoin and altcoins are for criminals who sell drugs and weapons on the dark net. But one look at few of the “blockchain for good” initiatives is enough to change their minds.

According to reports, few prominent participants at the London Blockchain Week 2017 included DonorCoin, Save the Children UK, Open Music Initiative and more. DonorCoin is an initiative of Rudi Kruger. The cryptocurrency platform has associated itself with the United Nations International Children’s Emergency Fund (UNICEF). The platform is working towards providing easy ways for the international agency to secure and channel funds to the developing countries for the benefit of children in those regions.

A financial news outlet covering London Blockchain Week 2017 quotes Rudi Kruger saying, “The aim is to tokenize donations through a cryptocurrency, which would allow for complete transparency of the funds from point A to point Z. The blockchain will prevent cashing in of the token until it reaches the intended receiver, eliminating corruption up and down the donation value chain.”

Similarly, the Save the Children UK has partnered with Bitnation to provide financial help to the needy. The organization has been providing Bitcoin-funded debit cards to the beneficiaries, who could withdraw money at any ATM or cashpoint. Bitnation is already known for its blockchain identity and notarizing service that was implemented in the midst of the refugee crisis. Bitnation has been providing blockchain IDs to the refugees.