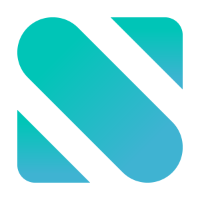 Scalable Capital, a so-called “robo advisor” online wealth manager, has passed over €100 million (£83.8 million) in assets less than a year after launching.

The startup, which launched in Germany 10 months ago and Britain 4 months ago, announced the milestone in a press release on Wednesday.

Scalable’s total assets are growing at a rate of between €3 million (£2.4 million) and €5 million (£4.1 million) each week and the company claims this makes it one of the fastest growing digital investment managers in Europe. Business Insider reported in September that it was attracting around €4 million in deposits each week.

Adam French, cofounder of Scalable Capital and CEO of its UK business, says in an emailed statement: “Reaching this milestone so quickly underlines the trust our clients put into us. Our growth story is just getting started, and we look forward to more success in 2017 as we build on strong momentum in the UK and our market-leading offering in Germany.”

Over half of Scalable’s clients have opted for a monthly savings plan, making regular contributions to their accounts of €500 a month on average. These automated payments help explain Scalable’s rapid growth.

French, a former Goldman Sachs banker, says in the emailed statement: “Within four to five months they [clients] have typically gained enough trust to already double their investment amount.”

Scalable Capital, which is headquartered in Munich but has an office in London, is a so-called “robo advisor,” a fintech startup that automatically invests people’s money.

At the heart of its model is an investment algorithm that forecasts risks and then automatically optimises people’s portfolios on the fly to limit losses.

Dr. Ella Rabener, CMO and UK cofounder of Scalable Capital, says in Wednesday’s statement: “The majority of our clients work with data, formulas or software on a daily basis. They understand the quality and cost benefits of a technology-driven investment approach.”