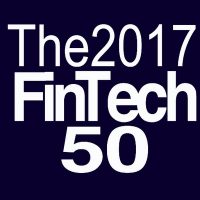 Some 33 of this year’s top 50 firms are based in London, cementing the UK’s position as the leader in European FinTech.

The list is compiled by a panel of “industry experts” – including venture capital investors, startup founders, and European politicians – and aims to recognise firms that are “transforming financial services” at all stages of growth.

11 UK tech entrepreneurs make it on to Forbes’ 30 Under 30 listBritish firms included on the list include challenger banks Atom Bank and Monzo, InsurTech app Cuvva, and investment app LendInvest.

One example is British firm Action.ai, which produces ‘smart chatbots’.

The British FinTech market received a boost earlier this year when the UK Chancellor, Philip Hammond, led a two-day visit to India to promote the sector.

Hammond also highlighted the importance of skilled immigration to FinTech and other sectors, in a speech made in April.

Julie Lake, founding director of the FinTech50, said that FinTech challengers are “winning hearts and minds”.

She commented: “Noticeably this year we saw an emerging evangelism for challenger brands from a very important source: their customers.

“They may not have (anywhere near) the customer volume of traditional providers, but they are winning hearts and minds in a style more often associated with consumer goods.

“Five years in, a number of successful entrepreneurs are now founding their second FinTech businesses.”

This year’s list also recognised more women in FinTech, with almost 20% of the list having a female founder or CEO.German, Swiss, and Irish FinTech firms also saw their strongest showings.