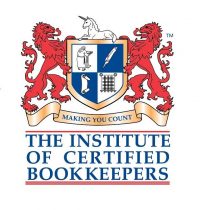 Cloud accounting tools demonstrated their growing influence with a string of victories in the annual ICB Luca Awards.

Styled by the institute as the “bookkeeping Oscars”, the awards were presented by ICB patron Prince Michael of Kent on Tuesday night at Mansion House in London. The highbrow venue was selected to celebrate the ICB’s 20th anniversary.

In all, 22 Luca Awards were presented to individual bookkeepers and students, bookkeeping frims, trainers, “thought leaders” and international employers (see below for highlights).

But the changing shape of the profession was best illustrated by the software categories, where Xero beat out Sage 50 and QuickBooks to both the payroll and bookkeeping prizes.

AccountingWEB and ICB member Sarah Douglas commented that Xero UK managing director Gary Turner had told a recent institute gathering that bookkeepers were making the running in the use of Xero tools.

Alongside the big accounting engines a raft of cloud add-ons were up for a specialist prize, with Receipt Bank carrying the day ahead of Avalara, BrightPay, Deputy Practice Ignition, Satago, Tsheets and Transfermate. Mark Wickersham’s Cloud Pricing project also earned a nomination in this category.

But Xero had the last laugh, with the final LUCA for outstanding contribution to the bookkeeping profession going to founder and CEO Rod Drury, making the final count Xero 3, Receipt Bank 2.

Peer-to-peer platform Folk2Folk gets authorised by the regulator