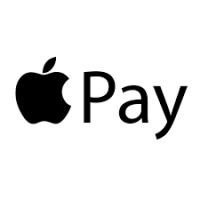 Apple has indicated it plans to launch Apple Pay in a number of new territories before the start of 2018, a feat that would see it catch up to and overtake current digital wallet frontrunner Samsung.

He claims that “Apple Pay is by far the number one NFC payment service on mobile devices, with nearly 90 percent of all transactions globally. Momentum is strongest in international markets, where the infrastructure for mobile payments has developed faster than in the US.”

“In fact, three out of four Apple Pay transactions happen outside of the US. With the launch of iOS 11 in the fall, our users in the US will be able to make and receive person-to-person payments quickly, easily, and securely.”

Maestri also confirmed that the company plans to have Apple Pay live in the UAE, Denmark, Finland, and Sweden before the end of this calendar year.

If Apple can follow through on this promise, it’ll see them retake the top spot from Samsung Pay when it comes to the amount of regions supporting the service.

Two of Britain's fastest growing fintechs are going after a huge pot of money: pensions