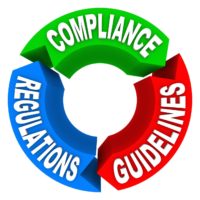 Incorporated in Switzerland on May 16, 2017, the non-profit International RegTech Association (IRTA) is a united community of individuals and organizations, with a shared vision to innovate, advance, and influence the future of Regulatory Technology (RegTech).

Sponsored and funded by its Members, the IRTA exists to ease and accelerate the evolution of the global RegTech ecosystem, through integration, collaboration, and knowledge-sharing. The IRTA brings together the people, tools, processes, and policies that are required to thrive in today’s rapidly evolving RegTech landscape.

The IRTA is a unique, global organization of people, which believes in creating RegTech as a profession, and enabling Innovation-in Trust as a key benefactor for the future of Financial Services, and other heavily regulated industry sectors.

Fostering a collaborative, consultative, and innovative working environment, the IRTA

According to Subas Roy, newly appointed Global Chair at the IRTA, “The IRTA believes in the globally integrated, hybrid ecosystem, and supports the premise that the whole is very much greater than the sum of the parts. The IRTA community is a combination of talented, agile and experienced minds, striving for innovation, and to establish RegTech as a profession for the years to come.”

“We stand in one of the most exciting times, as the innovation and international collaboration for RegTech continue to expand. For the first time in over 40 years, innovation in RegTech is taking precedence over innovation in new Financial Services markets and products. This reflects the fundamental, enabling role of RegTech, and how it is already helping to shape and determine the future of Financial Services, including its competitive advantage,” said Roy.

At the heart of the IRTA is the Executive Board – a leadership team comprising 23 RegTech, Legal and Compliance experts, Academics, Bankers, Practitioners and Visionaries, which is committed to the secure and successful deployment of RegTech, across all regions. The Executive Board will determine the strategy, working policies, and code of ethics of the Association.

IRTA Regional Chapters will be established in key markets, with a primary role of representing local RegTech interests, and facilitating collaboration and integration, through networking, research and professional education.

IRTA membership is available to any individual or organization interested in the advancement of RegTech. A variety of membership packages is available, for RegTech and FinTech service and solution providers, Regulated Financial Institutions, Regulators, Legal firms, Government, Academia, Consultancies, and Individuals. All members registered by August 31, 2017 will qualify for a 50% reduction on regular membership rates, and will be recognized as an “IRTA Founding Member”, eligible to use the IRTA Founding Member logo. Full membership details will be available online from Tuesday July 11, 2017 at www.regtechassociation.org/membership