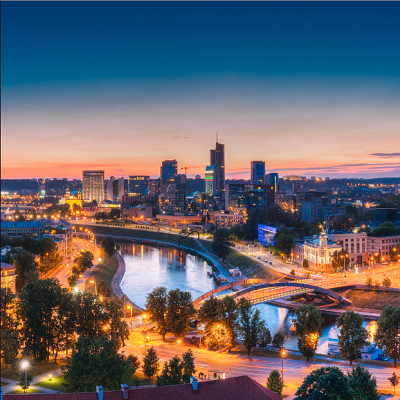 Thanks in part to Brexit, Lithuania is becoming a fintech hub as a growing number of UK-linked digital financial companies are getting licences there so they can continue to operate in the European Union.

The Baltic eurozone state with a population about a third the size of London is now leading the EU in fintech with over 230 companies, according to the Invest Lithuania government agency.

About two dozen have links to Britain.

One of the first to come after the 2016 Brexit referendum was London-based Revolut bank.

“Lithuania is currently a hub for our European operations after Brexit,” Virgilijus Mirkes, CEO of Revolut Bank in Lithuania, told AFP.

“We opened our Vilnius office in 2017 after considering the fintech-friendly business environment,” he said, pointing to a speedy licencing process and good local talent.

Invest Lithuania estimates that the sector employs more than 4,000 people in the country – an increase of more than 18 per cent in the past year.

“During the Brexit transition period, fintech companies began to search for an alternative EU harbour and thus Lithuania has become one of their primary options,” said Jekaterina Govina, a senior official in charge of supervision at Lithuania’s central bank.

PaymentComponents partners with Codebase Technologies for the MENA region