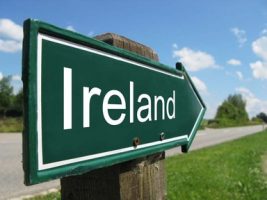 Ireland and Germany are poised to step up to fill a void as leader of Europe’s fintech scene once the U.K. leaves the European Union (EU), according to the co-founder of a global venture capital firm backed by The Boston Consulting Group.

While it’s difficult to tell exactly what it will be, Brexit, which will mean the U.K. will lose its easy access to Europe’s financial industry, is certainly going to have an impact on the fintech industry, says Raj Ganguly, co-founder and partner at B Capital Group.

“It seems like London is going in the direction of a hard Brexit. And with the the passporting rules potentially going away, I personally think that, even if you look at last year, Germany for the first time had two of the biggest fintech fundings versus traditionally mostly happening in the U.K.,” Ganguly told CNBC from the Superreturn conference in Berlin on Tuesday.

“I think it’s going to be a little bit of a battle between Ireland and Germany over who really steps up and takes the leadership role in fintech over from the U.K. post-Brexit,” he posited.

Describing the burgeoning importance of regions outside of the U.S. for fintech investing, Ganguly said his firm had been increasingly turning its attention to opportunities in Asia.

“We also have seen a rebound here in Europe, initially we saw the rebound mostly in the UK but we’ve really seen Germany take off over the last year or two,” continued the long-time VC investor and former strategy consultant.